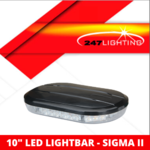 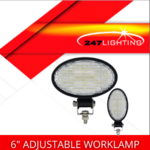 247 Lighting presents the key features and benefits of a range of our premium EXPLORER Worklamps. 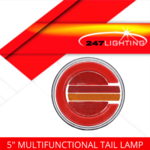 IP ratings consist of the letters IP followed by two digits, these summarise the scale of protection offered from dirt and moisture.

IP is known as 'Ingress Protection'. These ratings classify and rate the degree of protection provided by mechanical casings and electrical enclosures against intrusion, dust, accidental contact, and water.
These are defined to the international standard of EN 60529 (British BS EN 60529:1992, European IEC 60509:1989) and describe how foreign bodies can enter an electrical products housing.
What do the two digits in an IP Rating mean?
IP Ratings are classified by categorical codes. The ratings consist of the letters IP followed by two digits, these summarise the scale of protection offered from dirt and moisture. If a number is replaced by 'X' this indicates that the enclosure is not rated for that specification.

Disclaimer: *The information contained in this website is for general purposes only. Whilst we endeavour to keep the information up to date and as accurate as possible we make no representations or warranties of any kind, any reliance you place on such information is strictly at your own risk."References/More Information
Durch die weitere Nutzung dieser Website, stimmen Sie der Verwendung von Cookies gemäß unserer Cookie-Richtlinie zu